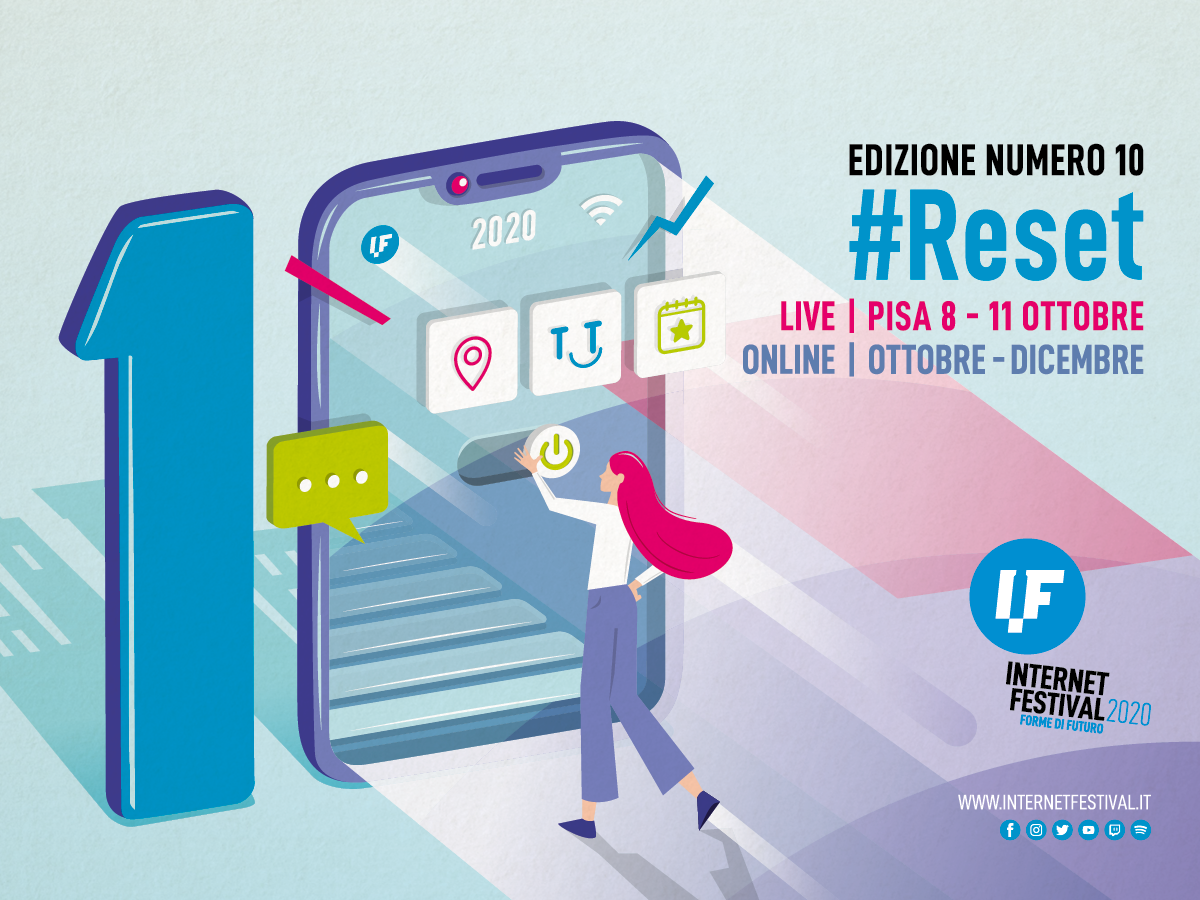 10 is a number with a high symbolic value, 10 is the most desired grade, 10 is the number of football geniuses, 10 is the basis of decimal numbering and of the way we are used to cataloguing, organising, classifying, evaluating...

1 and 0, two digits with an even more evident value in the world of information technology, for starting anew from the place it all began: from the "perfect" Fibonacci sequence - which has been fascinating us since 1202 and continues to do so - to the binary code, the cornerstone of modern computing. In 10 years, the world has been transformed at an astonishing speed. Snapchat has appeared and Google+ has disappeared. Glasses have become space explorers and are objects that now go beyond their simple function of eyesight tools, displaying information and details that go beyond the reality that is no longer virtual, but augmented. Music is no longer linked to one place, but it accompanies us everywhere, allowing us to choose the soundtrack for every moment of our life. Cinema and television are increasingly on the move, transforming cinematography into an interactive story between actors and users.

If we want to scan through our lives, there is no longer a need to paste photos into an album, but just activate the "stream", via smartphone and social media. Tablets created a new market, by making the mouse, monitors and keyboards obsolete, even though they were not old. Smartphone screens can be folded, but images remain lifelike and of cinematic quality. Robotics crawled at first (Icub) and then took giant steps to the point of showing emotions (Pepper). Privacy is a memory and is no longer undermined by a combination in the style of “Dolce vita”, fame and paparazzi, but by contemporary words such as profiling and geolocation. Scandals are no longer played out in the light of day, but have become intangible, they have names like Cambridge Analytica, and the protection of personal data is at the centre of political debate. Ethics is not only the object of philosophical discussions but it has a real impact on our life. Cars have become emancipated and have evolved from drivers, becoming autonomous, while wearable devices interact directly with the body, monitoring it and increasing its potential activities.

Technology pushes the frontier of disability forward, by reducing the distance from what was previously impossible. The most brilliant intelligence is the artificial kind that trains machines to think and act humanly and rationally. 5G makes connection speed higher than that of optic fibre, allowing real-time, remote interaction with any device. So, in the space of 10 years, the world has changed, at an increasingly fast pace. However, at the advent of the tenth edition in which the Internet Festival was preparing an analysis and a relaunch for the years to come, the global scenarios, in a world that is increasingly interconnected, and not only digitally, have undergone a new and sudden change. An ancient threat like a viral attack, spreading in modern times thanks to our highly connected 20th century world, has forced everyone to revise their habits, throwing the world into an unusual condition of hyper-connected isolation. After the concept of coexistence and the relationship with technology were revolutionised, smart working and Distance Learning have inevitably become current concepts, thus acquiring the centrality that they had never managed to have before in the organisation of our days. Videoconferencing programmes have become familiar. Meetings have been turned into virtual meetings, as have personal commitments and free time events: school lessons, exams, concerts, films, even aperitifs have been able to do without physical closeness. And while humans have moved even closer to computer screens and mobile devices, nature has taken back some of its spaces in the outside world. The air has become less polluted, the water has become more transparent and animals have ventured into the empty cities without pedestrians and cars.

In this emergency situation, which has forced everyone to rethink their daily life, the digits 1 and 0, as in the binary code, become the logical on/off switches. Together, they are respectively a good sign of the start of a new phase in which all the experience of the pandemic will be behind us, and the sudden crisis that forced the switch to the off button. #Reset, the keyword at the Internet Festival 2020, becomes a key of interpretation, the product of the moment and of history, which will lead the festival to question itself on the dualism of on/off and online/offline, once again narrating new Forms of Future to all those who want to listen.